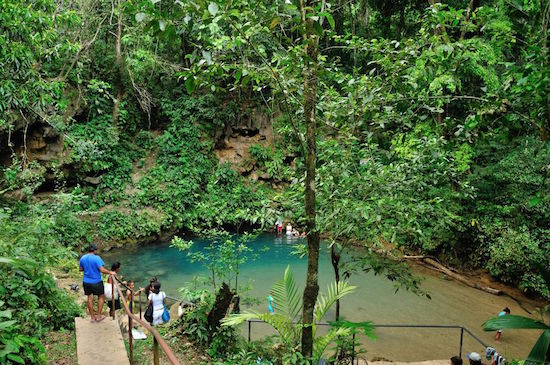 This is the Inland Blue Hole, for which the national park is named. It should not be confused with the Great Blue Hole on Lighthouse Reef Atoll which is popular with divers. The sinkhole was formed by the collapse of an underground limestone cave. The pool itself lays at the bottom of a large depression in the jungle; from ground level it drops around 100 feet to the surface of the water, after which the water depth drops 25 feet into a an underground cave system. Fed by a tributary of the Caves Branch River the underground spring water is cold, crystal clear and invigoratingly refreshing!